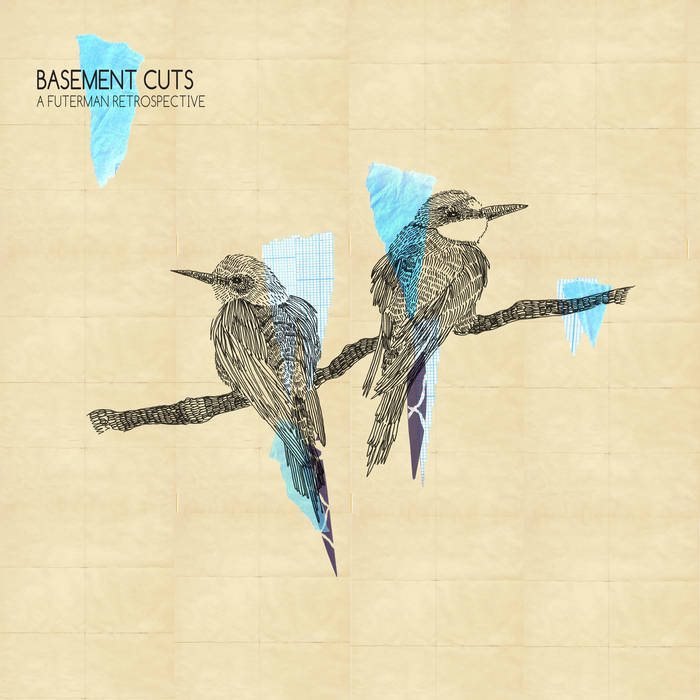 Jesse was just 16 years old when we first met. I was instantly arrested by his frenetic energy and enthusiasm for Jazz music and Hip-hop. While most will know Jesse for his music alone, if you've ever had a conversation with him, you'll find it hard to separate the man from his music. I feel like I've been with Jesse throughout his young musical journey, through the epic highs, the crashing lows and the downright bizarre swirls.

The precocious Toronto youth received acclaim from the Acid Jazz originator, BBC stalwart, and revered tastemaker, Gilles Peterson, at the very early phases of his career. This quickly led to label interest, but it was overwhelming for a teenager still balancing music with school. Jesse hit the brakes to catch his own breath.

It was a couple of years before we got chatting again. Jesse had just sent me a preview of this track he'd made called "I Love You So". It was beautifully rambling, and soulful, like an early morning dream that you wish you didn’t have to wake up from. Essentially, it was the perfect outro for a compilation I was working on called “Oscillations”. Of course, I asked Jesse if I could use it as the closing track. He said he'd be honoured, but I knew in that moment that it was really me who was the honoured one.

As time passed, our long distance friendship – with Jesse in Toronto and myself in London – grew and grew. He was a total weirdo. But the perfect kind of across-the-world-Internet-chat-buddy-weirdo to go diving down deep rabbit holes with, lined with obscure Jazz and Hip-hop breaks, where you’d occasionally bump into the comedy stylings of Dr. Tim Brule and his sweet berry wine.

Jesse knows more about Jazz music than I'll ever know, and is a bit of a guru and a critic in his own right. He was my hyper-muso friend from Canada and talking with him was often hilarious, and sometimes exhausting.

In June 2011 we put out the first of Jesse's 'Basement' EPs; "Super Basement". This was followed up by a second EP, "Fuse The Witches" a year later in June 2012, and the final EP in the trilogy was "Exquisite Basement" in May 2013. The fusion of low slung beats enveloped by haunting jazz riffs evoked a smoky atmosphere that crossed somewhere between Ninja Tune and Mo Wax. These bodies of work quickly gathered big fans from the likes of outlets such as OkayPlayer, Music Is My Sanctuary and Pot Holes In My Blog, to DJs and tastemakers like the aforementioned Gilles Peterson as well as Michael Ruetten, Lefto, Ennio Styles, Nightmares On Wax, Mathieu Schreyer, Harv Nagi, B. Bravo, and Ta-ku, just to name a few.

The trilogy has not been available for quite some time, which makes the "Basement Cuts: A Futerman Retrospective" collection a truly rare opportunity for listeners to revisit his souled out power, or perhaps even experience it, for the very first time.

Bandcamp Daily  your guide to the world of Bandcamp